Facebook is testing a new “threaded comments” feature that allows users to reply to specific comments on busy posts. 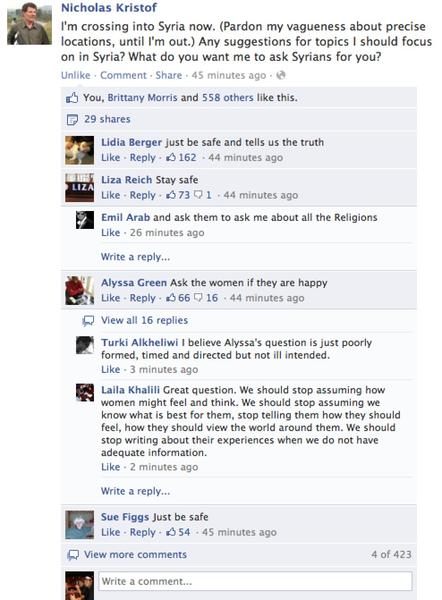 Currently, comments to a posting are added at the bottom, even if they are specifically about one certain comment another Facebook user wrote. This could be especially handy on extremely busy Facebook pages hosted by celebrities or companies.

You might not be able to see the proposed feature in action at this point. Facebook says it’s being tested on only 30 pages.

Several comments appear below his posts. Those comments show the number of “Likes” they have received, but unlike the current comments feature, they also show how many replies they’ve received.

Facebook told The Times it is testing the feature in certain locales. A Facebook spokeswoman indicated the feature is being tested on pages for specific individuals.

No word on whether this feature will be rolled out to the rest of us, but if it is, the threaded comments feature could lead to more intelligent conversations on posts that receive hundreds and thousands of comments.

[Update 1:36 p.m., Nov. 12: Facebook has now told The Times that the reply feature is being tested on both pages and individual users.

This site uses Akismet to reduce spam. Learn how your comment data is processed.